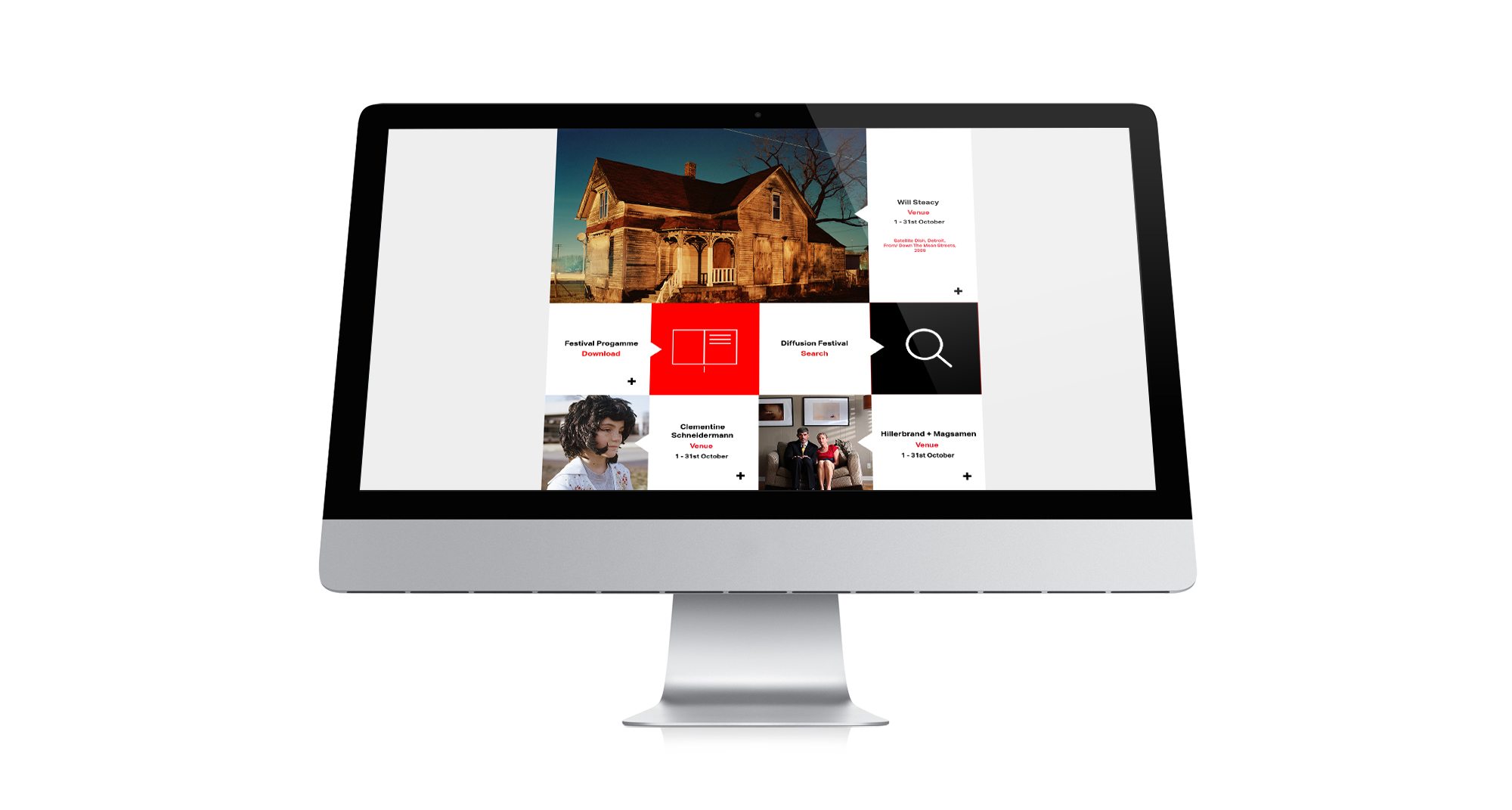 One of the many tasks for the upcoming Diffusion Festival held in Cardiff was to produce design options for the website, which would then be developed by Echidna and AmberCouch. Taking into account feedback collected from the public after the preceding festival, which often highlighted issues with accessibility regarding the stream of content that did not intuitively deliver the vital information expected by visitors. I sought to create a variety of designs that allowed visitors to obtain the key details of the programme directly from the core pages rather than having to select each individual artist or exhibition. A unity between design and photography was favoured throughout the chosen design, images were not merely placed within the layout but instead became components and a framework for information to then be entwined within. Multiple arrangements could be achieved by working within a grid system and particular options were tied to certain top-level navigation pages to ensure that variances were perceived by the user, for instance, the ‘experience’ page would adopt a sequencing of large block images and text together with two rows of smaller blocks that would be located in between. The programme page consisting of artists, venues and exhibitions would be assembled from individual blocks and sometimes comprise of larger squares for content that was upcoming or in need of more presence.

Published by onorcott in Design